Let me tell you a story…

The setting: post revolution Iran, a nation still reeling from the aftermath of the change in its political regime and the subsequent U.S. hostage crisis. The country now in the middle of a bloody war with Iraq, which had invaded Iran in 1980. 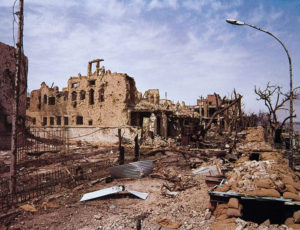 Town after town leveled by bombs, its population displaced, looking for a glimmer of hope. Cries of women mourning their husbands and sons who died in daily bombings. Others crying as the military comes recruiting young sons aged as young as 14. Lines of vehicles leaving the city ruins as they head to the closest relief camp or to the next city. A boy watching as his parents pick up stuff so they can move to the next town. Not knowing where we will sleep next or if we’ll even make it to the next town.

The story repeats in the next city. And the next. And the next. With each city, the same suffering, the same trauma, the same scars. Relief services providing emergency help, relocation help. The boy sees people banding together around those who have lost loved ones. Families planning how to leave Iran to make a better life for their children. Even considering risky morbid moves through Afghanistan (itself war torn with the Russians) or refugee boats to the middle eastern countries like U.A.E. or Saudi Arabia.

Its 1988 now. The radio stations blaring that the war is finally over. There are no celebrations, however. The boy watches as people around him are in a somber mood. How do you repair the damage done? How does a mother get her sons back? How do you go back to the town you grew up in knowing there is no building standing and your friends are probably dead or in some random refugee camp and the probability you will ever see them again is low? How do you feed your family that night and the next night and the night after that? How do you repair the mental scars of hearing gunfire, bombs exploding, people screaming and dying? 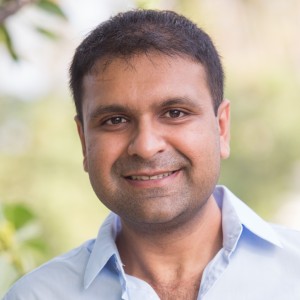 This boy was me. And while I wouldn’t trade my time growing up in Iran for anything, my story is one of
millions from survivors of war, torture, forced displacement, human trafficking, or persecution due to identity and beliefs. The world has a tremendous amount of relief services to provide food and relocation but very few services to help these survivors heal mentally. Without this healing, the life of these survivors is continuously marred by thoughts about what happened and what they lost. This is why I have recently joined the Board of a non-profit very close to my heart called Partnerships for Trauma Recovery.

Partnerships for Trauma Recovery (PTR) is a 501(c)(3) non-profit organization whose mission is to address the mental health and psychosocial impacts of trauma amongst international survivors of these types of human rights abuses. I am
personally drawn to this mission and now you know why.

I want to share some quick stats about international survivors and refugees from around the world:

This pain and suffering is compounded by the fact that close to 35–50% people in the high-income countries and up to 90% in low-income countries lack access to mental health care. These survivors have no real avenues for help! In the U.S., due to linguistic and cultural barriers, international survivors rarely receive access to mental health care, limiting their ability to rebuild their lives.

If any of you would like to know more about Partnerships for Trauma Recovery (www.traumapartners.org), we have a periodic newsletter that I’d love to put you on. If you’d like to be involved more actively, please reach out to me in the comments.